You are here: Home / Our history

In 2014, Jakrapob Thaotad (Jake), a Thai medical sciences graduate, completed his post-graduate course in London after spending 10 years studying and working in UK. Wishing to return to his native Thailand and to be with his family’s elephants, he joined up with his cousin Sitthisak Songkaew (Lek) who had spent all his life caring for the family’s elephants near the village of Thung Kha Ngok in Phang Nga province. Here they built from scratch an elephant park that was to become one of the leading ethical attractions in Southern Thailand. 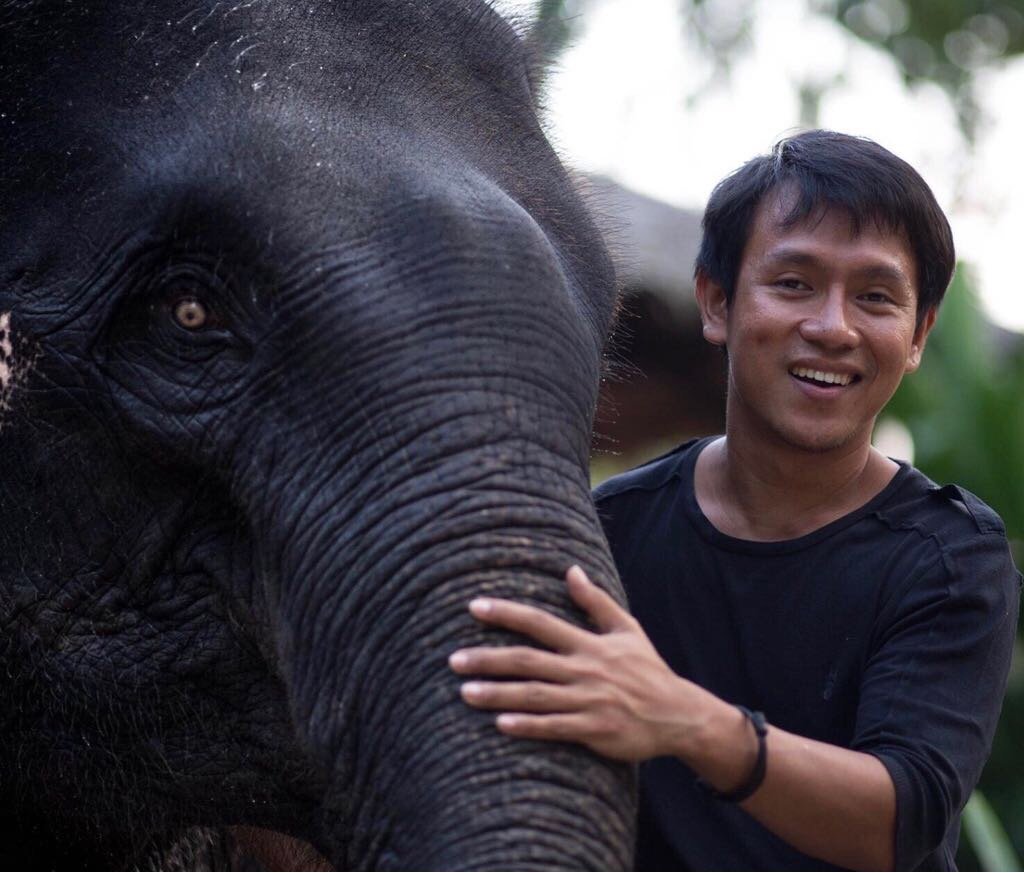 But Jake wanted to do much more. With his passion for education and philanthropy, he resolved to bring the elephant to the Thai people and to explain the critical importance of health and welfare. He conceived the idea of creating a totally non-profit-making charity that would address very real needs. Firstly, he wanted to raise donations to support in particular elderly elephants, many of which face a bleak future. Jake is also a conservationist and firmly believes this sacred animal must be treasured. This led to his passion to support education in Thai schools, for citizens and of course for visitors too. It also means ensuring there is good veterinary care and services readily available to all elephants in the area, and to support centres where elderly and other elephants can be gently and carefully tended for the rest of their lives.

This mission was not easy but gradually Jake was able to recruit Thai and foreign supporters to help him so that he could set up a Thai charity. Donations given by visitors to the Phang Nga Elephant Park helped to get the charity off the ground but it was clear that to achieve his objectives he needed to stretch out for help to the wider international community. This is why STEF was formed and was formally registered by the Charity Commission in England and Wales in late 2017.