The Tale of an Elephant’s Tail 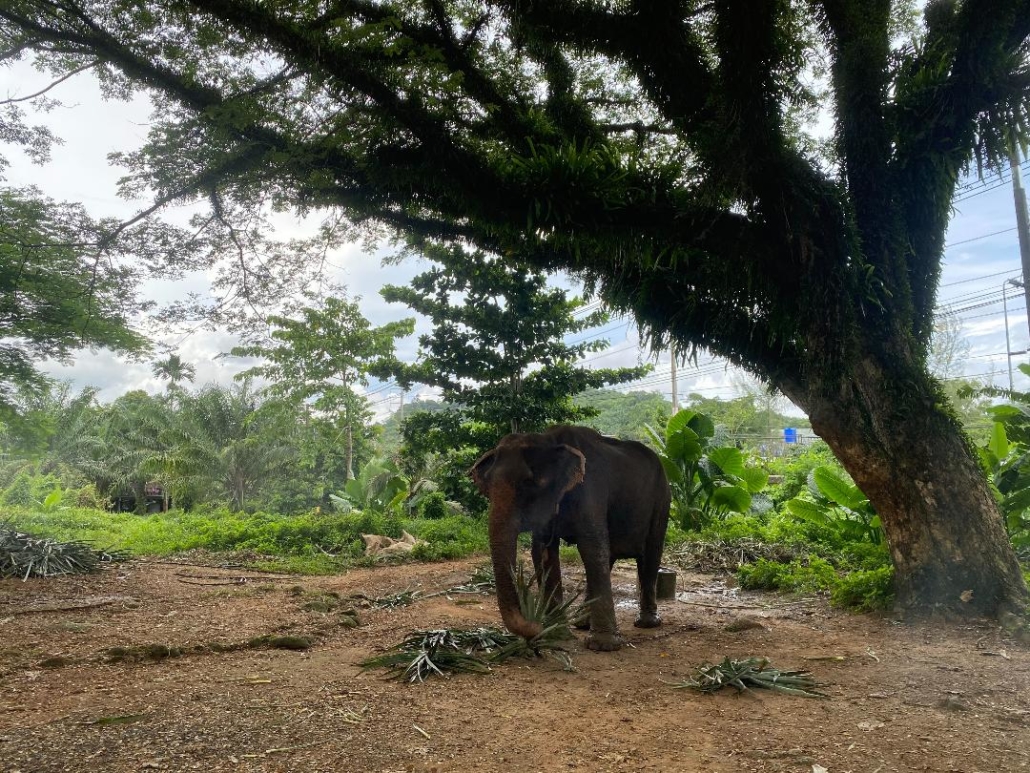 This is Molena, a 58 year old female who had a nasty wound to her tail. Her owner had been cleaning it regularly, but soon realised it wasn’t getting better, so he called out our vet Dr Aon to take a look. “When I checked her” recalls Dr Aon, “I found that part of the tissue was dead and the bone exposed”.

Dr Aon cleaned the wound, dressed it and injected the healthy tissues in the tail with a long-acting antibiotic. It was touch and go if Molena would need to go to the elephant hospital, but her owner was content to keep her at home and continue to clean the wound himself, though this was by no means a simple task. Dr Aon explained that he must clean the wound with hydrogen peroxide and then rinse with saline for the first three days. This was followed by rinsing with saline to remove debris, applying an antiseptic solution, rinsing again to clean the wound, patting dry with gauze, then applying a povidone-iodine solution followed by an antibiotic ointment mixed with anti-maggot powder.

Two weeks’ later Dr Aon called in to check on the patient. She decided the next stage was to amputate the small section of the infected coccyx and to remove the dead tissue. She also injected the tail with corticosteroid to reduce inflammation. When Dr returned two weeks’ later she was delighted to find that new tissue had grown over the part of the tail that been amputated and the wound was looking much better. There were still signs of slight infection, so the owner was instructed to continue cleaning the wound.

Finally, at the end of last month Dr Aon paid her last visit to Molena to find that the wound had healed well and that the granulation tissue at the rim of the wound was nearly closed. Dr Aon was full of praise for Molena’s owner who had cleaned her wound so diligently and prevented the infection from spreading.

An elephant shouldn’t be without its tail because it has a surprising number of uses, behavioural and practical.  The manner in which an elephant swishes its tail can indicate pleasure or annoyance and, along with ear flapping, provides an insight into its mood. Baby elephants often hang on to their mother’s tail for guidance and security on long walks (and, as our photo below shows, it can work the other way…). Keeping the pesky flies and mosquitos at bay is also an important role for an elephant’s tail which can generate gusts of air at a speed closely matching the speed of flying mosquitos, thereby blocking them from landing (see: this article in Nature); and if they do manage to land, the elephant can thwack them with the hairy bits at the end of its tail.