The rains brought their challenges, 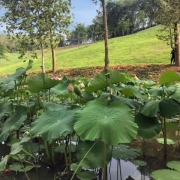 but also brought beauty. The grasses are growing and the trees that we planted earlier in the year are beginning to take root. Of particular joy is the way that the lotus has flourished. Under the guidance of P’Jinda 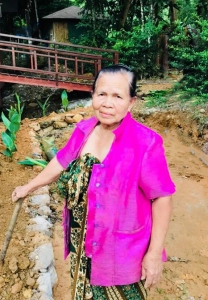 we planted pink and white lotus plants in the ponds at Ban Ton Sae to enhance the environment making it a very Thai experience.

The lotus (bua in Thai) is important in the everyday life of the Thai people and is the traditional flower of Buddhism. Legend has it that when the Lord Buddha took his first steps, lotus blooms opened up to cushion the soles of his feet. With its roots in the mud, the plant rises above the dirty water to yield a flower of perfect beauty and purity. Indeed, for Buddhists, the flower stands for pureness of spirit and the flowers are widely used as offerings at shrines, in spirit houses and in the temple. 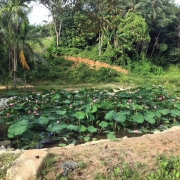 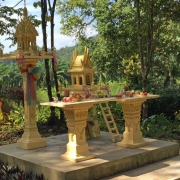 However, the lotus has many other uses. The roots, petals and stamens of some varieties are used by herbalists to treat a variety of complaints from fainting attacks to acne, and from the lowering of blood cholesterol to stomach upsets.  In fact, most of the lotus plant is edible. Some people will eat the raw seeds, others might boil up the dried seeds in syrup as a popular drink; moreover, the roots can be mixed with pork to make a delicious soup, and the leaves and stems of some species can be used in salads. The leaves are also used to wrap steamed rice, giving it a mild lotus fragrance; when fresh, the lotus leaves are useful as (biodegradable) wrappers. In the old days, dried lotus petals were used to roll cigarettes. 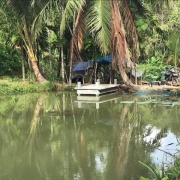 The lotus is undeniably beautiful and adds charm to the surroundings. We want the lotus to be visible part of our Thai world at Ban Ton Sae, where the Thai culture must never be forgotten. 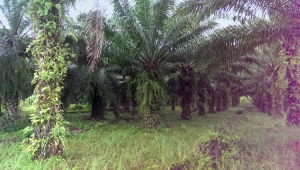 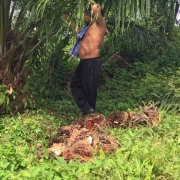 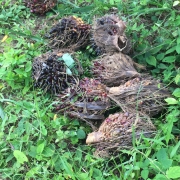 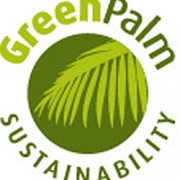